Can bucks live together, Peacefully in a cage chearing the nest? Or do they only fight, kill and eat up each other? 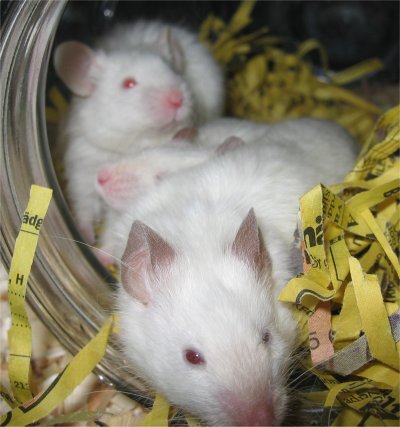 3 males, 2years old, have lived together all their lives

All males are different - some lines are more dominant and others less. If you want to keep male mice together you have to carefully observe their pack behavior. They need to be separated at the first sight of dispute.

The most common thing is to separate males from females when they're about four weeks old. The female pups get to live with their mother in one pen and the males in a separate pen.

Young males can be kept together for as long as it's possible. If they can go their whole lives, that's just fine. Most males, who aren't bred to go together, will start fighting when they get territorial. That's usually about the time they start to smell more. The territorial behaviour can intensify by degrees from 3, up to 6-7 months.

It could also happen very quickly, just over night - so always keep a good eye on your males.

Signs that males are unhappy living together

You can never FORCE male mice to get along and live together. You could possibly "trick" them a little. A poular way is to let the female stay with the male after she's had her pups. This leads to the female having multiple litters one after another, but the most important thing is to let the male be around, and watch his offspring grow up. When the pups of the first litter are 4 weeks old you place the mother, the female pups and the younger pups in a different pen and keep the father in a pen with his four-week old sons.

Conditions for males to live together peacefully:

Pairing up older males that have lived most of their lives in solitude is not recommended. It's proven to be easier to pair up younger males in a larger, neutral pen.

It's always easier if the mice are related and know eachothers scents. An older male could have an easier time accepting a young son, than a young male with no relation.

Mating should take place in a separate breeding pen. Either you just pick the male out of his group and put him in with the female and hope he'll be accepted back with the other males when he's done mating, or you could take all the males out and put them each in one pen with each a female. When all the males are done mating you put them all back in their original pen at the same time. Unfortunately this has a had a poor success-rate in most cases.

The other alternative is to spot when the female is in heat and just put the male in with her for a few hours until the mating is over.

There's always a risk that once a male has mated a female he'll be more dominant and not want to get back in with his group again, and also a risk that the other males of the group won't let him back in due to a change in scent.

Some serious mousebreeders have an alignment towards breeding males that can live, and be happy with, other males. When they breed they take dominance into calculation and don't breed on males who express too much dominant behaviour. Males who are less dominant don't have as strong an odor, so in the future this might lead to male pet mice not have such a rank smell. 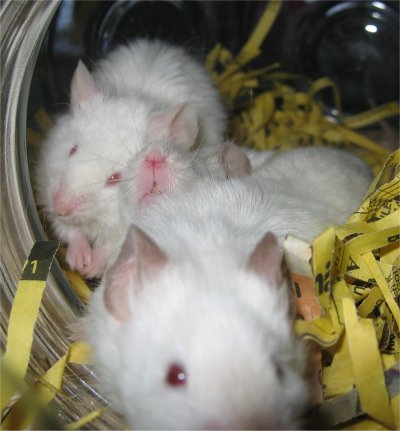